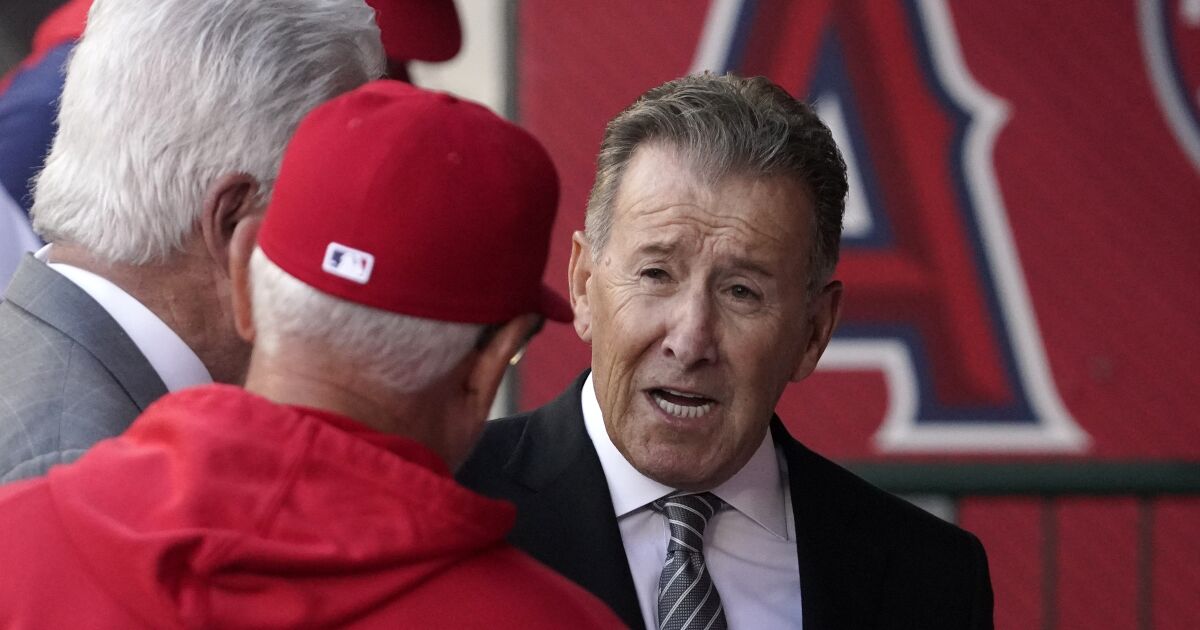 On reflection, Arte Moreno decided not to sell the Angels.

On Monday, five months after putting the team up for sale, Moreno announced that he would retain ownership. Potential buyers had reviewed team finances and visited the stadium, with initial bids due next month.

“During this process, it became clear that we have unfinished business and feel we can make a positive impact on the future of the team and the fan experience,” Moreno said in a statement. “This off-season, we committed to a franchise record player payroll and we still want to achieve our goal of bringing a World Series Championship back to our fans.”

In August, Moreno announced that he had hired an investment bank. “Now is the time,” Moreno said in a statement at the time.

It’s not unheard of for an owner to submit bids and then decide not to sell because the bids fell short. In this case, with the Angels expected to sell for a record price for a Major League Baseball franchise — at least $2.5 billion — Moreno decided this past week to simply call off the sale without accepting any offers.

As the Angels strengthened their roster this winter, Moreno is said to have been revived about retaining ownership, and as such his decision was not about how many potential buyers had come or what they would have offered.

More than half a dozen potential buyers had expressed interest, including Joe Lacob, owner of the defending NBA champion Golden State Warriors; Patrick Soon-Shiong, owner of the Los Angeles Times; and investors from Japan.

It is uncertain whether such a record MLB bid would have materialized. The Washington Nationals have not found a buyer, despite being up for sale since April. The Baltimore Orioles and Miami Marlins could soon be up for sale, according to MLB sources who declined to be identified, and the Oakland Athletics and Tampa Bay Rays have yet to secure the new ballpark each team has been seeking for more than a decade .

It is also uncertain whether an Angels bidder would have asked for a price adjustment. Angel Stadium’s lease expires in 2029, and an owner would likely have to choose between hundreds of millions of dollars in renovation costs, perhaps spending $1 billion on a new ballpark, or trying to find a new home.

Moreno and the City of Anaheim had agreed on a deal whereby he would keep the team in the city until 2050, renovate or replace Angel Stadium at his expense, and build a neighborhood on top of the stadium’s parking lots.

The city stopped that deal in May amid a federal corruption investigation in which an FBI agent said former mayor Harry Sidhu shared confidential city information with the Angels in hopes of getting a $1 million campaign contribution from them. Sidhu resigned, but he has denied wrongdoing and has not been charged with any crime.

Still, the failure of that deal marked the second time in a decade that the city had breached an agreement with Moreno, and turned his attention to a potential sale of the team within weeks. It is uncertain if he would consider a third round of negotiations with Anaheim.

“When the time is right, the city will be welcome and open to this kind of long-term discussion,” said Anaheim Mayor Ashleigh Aitken. “At this point, we’re going to let the dust settle.”

Morenos A decision could complicate the Angels’ efforts to retain superstar Shohei Ohtani, who may leave as a free agent after the season. Ohtani has made it clear that he wants to win. Under Moreno’s ownership, the Angels have not won a postseason game since 2009 or played in a game since 2014, tying with the Detroit Tigers for baseball’s longest playoff drought.

In the fall, the Angels agreed to a one-year, $30 million contract with Ohtani, with Moreno planning to have a new owner consider a long-term deal with Ohtani. That consideration now returns to Moreno, who signed Mike Trout in 2019 for what remains the richest contract in baseball history: $426.5 million.

The Angels also agreed to a one-year contract with Phil Nevin, who finished last season as interim manager, so that a new owner could think about his own management team. That consideration also applies to Moreno.

Under Moreno, the Angels have fallen behind their rivals in scouting and player development.

Nevin said he thought it was “great” that Moreno stayed.

“If you don’t win, fans will point at a lot of things, but they shouldn’t point at him,” said Nevin. “He wants to win as much as anyone, and now it’s our job to give him that chance. He’s given us the tools to put us in a good position for this, and now it’s up to us.”

Moreno, 76, bought the Angels for $183.5 million in 2003, a year after the team made its only World Series appearance in its 62-year history. The Angels won the American League West championships in five of the next six years.

Through a spokesperson, Moreno declined to comment beyond his statement.

“Despite the strong buyer interest in the Angels, Arte Moreno’s love of the game is what matters most to him,” MLB commissioner Rob Manfred said in a statement. “I am very happy that the Moreno family has decided to retain ownership of the team.”

“I wouldn’t sell either,” said former Angels star Torii Hunter. “The Angels are a major league baseball club, man, they’re in Orange County, and I just think a little more marketing, a few more wins, and that franchise is going to change.”

Hunter said he had a pretty good idea of ​​what Moreno meant when he said he had “unfinished business.”

Said Hunter: “Pretty sure he’s talking about a championship. I mean, you have two of the best players in the world. It doesn’t matter who gets signed in the off-season, she [are] still the two best players in the world, right? Maybe you need some pitching. So he probably has a plan, and I hope that plan comes in a year or two because the Angels are still my team.”

Tim Salmon, a member of the Angels’ Hall of Fame and a current broadcaster for the team, said he was “pleasantly surprised” by Moreno’s decision to retain ownership.

“I love Arte,” Salmon said. “I like the things he did. I’m a supporter. I think he’s an owner who is passionate about winning, and any player would love to play for someone like that.

“And I know there are doubts people have when something doesn’t turn out right, but at the end of the day, to wake up every winter and see the man sign, everyone is capable of making your team better. make… I mean, I played here for 10 years where none of us did that, so the contrast is huge, and that’s why I’m a big supporter.”