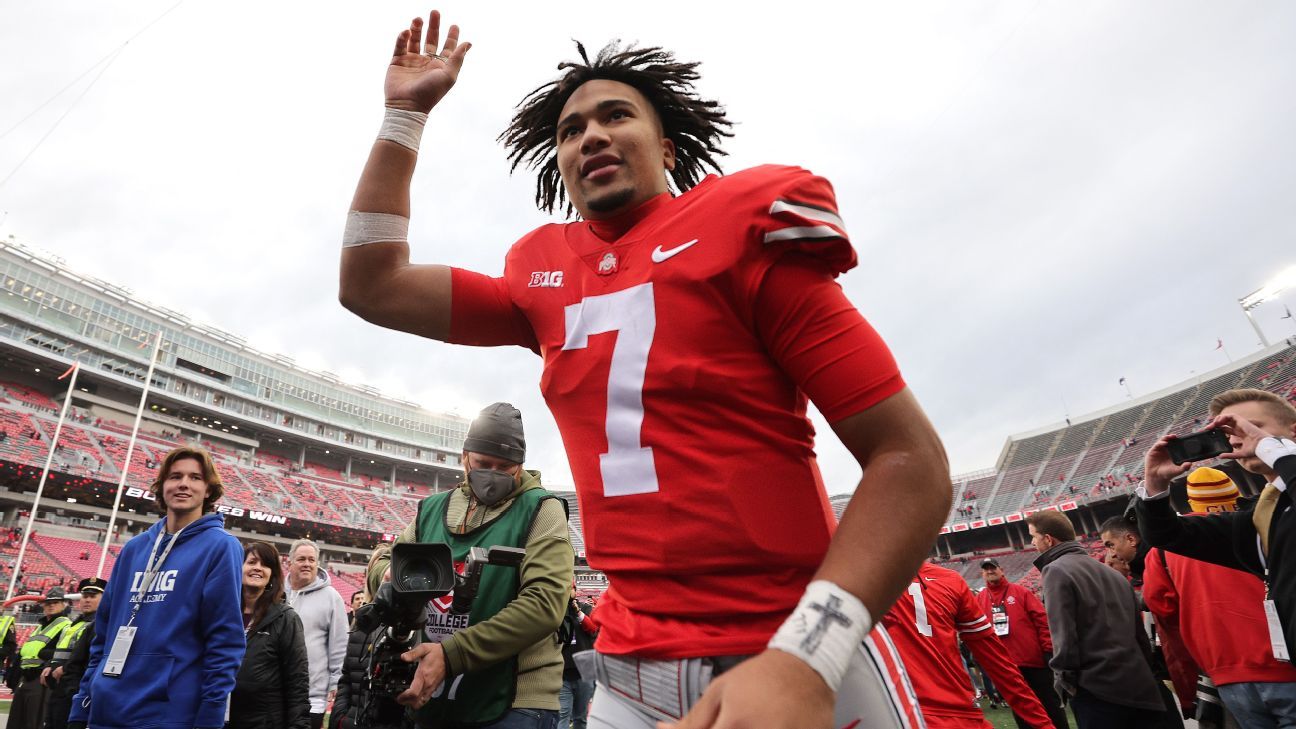 Ohio State junior quarterback CJ Stroud has entered the NFL draft and made his announcement on the final day that players can formally declare their participation in the 2023 draft.

Stroud projects as a consensus top-five player in the NFL draft, according to ESPN’s draft analysts. He will compete against Alabama’s Bryce Young and Kentucky’s Will Levis to become the top quarterback.

Stroud’s decision comes as no surprise given his position. But as he waited to declare, hope grew among Ohio State fans that he could return for the 2023 season.

“The process has been difficult”, Stroud said in his announcement“and the decision, one of the hardest I’ve ever had to make. As a child I dreamed of playing football at the highest level and after much prayer I made the decision that it’s time to turn those dreams into a reality .”

By going to the NFL and becoming a top-five pick, he’s essentially guaranteed $35 million in his first contract.

A two-time finalist for the Heisman Trophy, Stroud finishes his Ohio State career 21-4 as a starter and with 16 Ohio State passes and total offense records. He has consistently been one of the most dynamic players in the sport over the past two seasons, as he finished with 85 touchdown passes and 12 interceptions.

Stroud saved arguably his most dynamic collegiate performance for his last game, considering the opponent and the stakes, as he led the Buckeyes to upset Georgia in the semifinals of the College Football Playoff.

Stroud finished with four touchdown passes, no interceptions, and 348 passing yards. He even showed some flashes of momentum in the run game, rushing for 34 yards and displaying a burst in picking up yardage with his feet in key moments of the game. Ohio State missed a field goal at the buzzer to fall 42-41 to the eventual national champion.

Stroud will leave Ohio State as one of the program’s most dynamic quarterbacks and the program’s third consecutive starter to be a first-round pick, as Justin Fields became No. 11 overall in 2021 and Dwayne Haskins No. 15 in 2019. Before Ohio State head coach Ryan Day became quarterbacks coach in 2017, since Art Schlichter in 1982, the program had not selected a quarterback in the first round.

Stroud hinted at this result in the wake of Ohio State’s loss to Michigan earlier in the season. He lost to the Wolverines in both of his starts against them and realized this year that it would be part of his legacy at Ohio State, leaving him torn about his decision.

Among the records that Stroud will leave Ohio State with is total fouls in one game, as he accounted for 583 yards in total fouls against Utah in last season’s Rose Bowl. He set five Rose Bowl records in that 48-45 win, including passing yards (573), touchdown passes (six), and points responsible for (36).