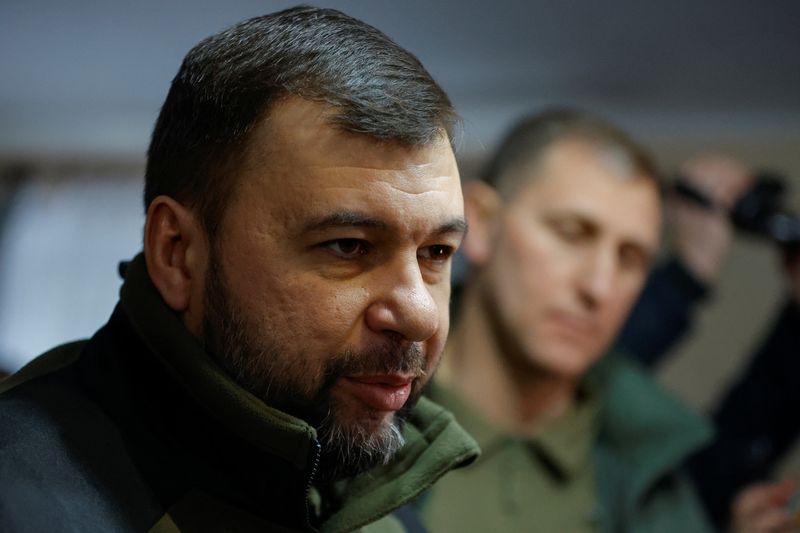 (Reuters) – The top Moscow-installed official in the occupied parts of eastern Ukraine’s Donetsk region said late on Sunday that he had visited the town of Soledar that Russia claimed to have taken earlier this month.

Denis Pushilin, the administrator, posted a short video to the Telegram messaging app showing him driving and walking through uninhabited areas and destroyed buildings.

“I visited Soledar today,” Pushilin said in an accompanying statement.

Reuters could not independently verify when and where the video was taken.

On Jan. 11, the private Russian military group Wagner said it had captured Soledar and Russian-installed authorities in Ukraine’s eastern Donetsk region said last week they had control of the salt mining town.

Ukraine has never said publicly that the city was taken by Russian troops. On Sunday, its armed forces general staff said in a daily update that Russian troops had fired on Ukrainian positions in the area.

In his statement, Pushilin said the Soledar mines were damaged and “difficult” to descend into.

The town, along with the town of Bakhmut just to the northeast of it, has been at the center of heavy fighting for months, with Russian plenipotentiary troops claiming last week that they had also captured Klishchiivka, a small village near Bakhmut.

The so-called Donetsk People’s Republic is one of four regions in Ukraine that Moscow declared its own in September in an exercise that Ukraine and its allies called a “sham,” a forced referendum.

(Reporting by Lidia Kelly in Melbourne; editing by Clarence Fernandez)